PHED BOARD OF DIRECTORS 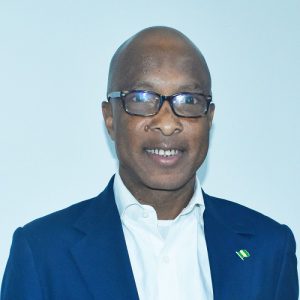 Mr. Iboroma Akpana, Chairman.A Strategy and Risk Consultant per extraordinaire, respected Industry and thought leader across several areas of Governance, and a Compliance expert. A distinguished member of the faculty of West African Institute of Financial and Economic Management (WAIFEM). He pioneered the setting up of a Corporate Governance Center of Excellence in Nigeria and the Financial Services Governance & Risk Academy.Having led the review of the Power Sector market study with clear recommendations on the challenges impacting the sector, he has worked with several power sector clients in formulating their investment strategies including merger & acquisition, international expansion, and diversification into new businesses. A performance management expert, he led the corporate governance framework and board operations for various sectors across 18 African countries focusing on codes of governance and board oversight responsibilities. He also led the competency assessment for Board of Directors across industries, including Banking. 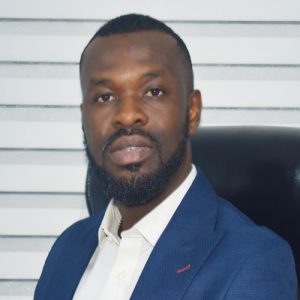 Dr. Benson Uwheru, MD/CEO
Dr Benson holds a degree in Accounting. He is an Associate Member of the Chartered Institute of Bankers (ACIB), a Fellow of the American Academy of Financial Management, Fellow, Association of Enterprise Risk Management Professionals, and a Certified Risk and Compliance Management Professional (CRCMP).
Dr. Benson Uwheru, Doctor of Science, Financial Management (Honoris Causa), MCIU, is a cerebral administrator, He is a Strategy and Risk Compliance expert, a respected thought leader across several areas of Corporate Governance and Compliance. He is a faculty member of the West African Institute of Financial and Economic Management (WAIFEM).
Dr Benson Uwheru was a Partner at Ernst & Young and a Banking and Capital Market Sector Leader for West Africa. He has extensive experience in Leadership, Corporate Governance, Strategy, Risk Management and Compliance.
In Africa, he propelled the Corporate Governance Framework and Board Operations across sectors in eighteen (18) countries across the continent with focus on codes of governance and board oversight responsibilities. He also led the competency assessment for Board of Directors across several industries, including Banking.
Dr. Uwheru pioneered the establishment of the Corporate Governance Centre of Excellence in Nigeria and the Financial Services Governance and Risk Academy. He is an energy consultant and has worked with several clients in the power sector, formulating investment strategies, including mergers and acquisitions, leading to international expansion and diversification into new businesses. He also led the review of the Power Sector market study with clear recommendations on challenges in the sector.
Dr. Benson’s cardinal pillars for success in business and management are trust, healthy competition, commitment, accepting responsibility and focusing on result. 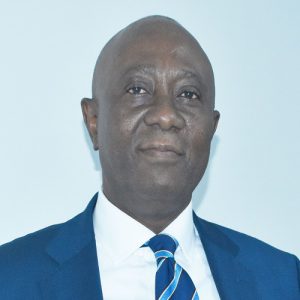 Emmanuel Okotete, Director.
Emmanuel Emuejevoke Okotete is currently the Managing Director & Chief Executive Officer of Magnificent Investment Company Nigeria Limited. The company has been involved in Financial Advisory Services, Business Consulting, Oil & Gas and Real Estate Development since 2007.
Prior to coming on board Magnificent Investment Company Nigeria Limited, Emmanuel was the Special Assistant (Strategy, Policy, Finance & Admin) to the Managing Director/CEO, Niger Delta Development Commission (NDDC) from November 2003 to December 2006. He functioned as Chief of Staff in the Office of the MD/CEO of NDDC.
From December 1996 to November 2003, Emmanuel was with the United Bank for Africa Plc where he was an Assistant General Manager with responsibility for developing the Oil & Gas business in the Energy Division of the Corporate Banking Sector. At UBA, his job summary was to manage all forms of financial relationships between existing customers and the Bank in ensuring that excellent services and tailored products are delivered whilst prospecting for new ones.
Hitherto, Emmanuel was with the National Corporate Division of the same Corporate Banking Sector from December 2, 1996, until July 2000 when he moved over to the Energy Division. Whilst in the National Corporate Division at UBA, he had responsibility for managing relationships in the following industries, namely: Packaging, Plastics, Household and Building Materials, Cement, Footwear etc.
Between April 1992 and November 1996, he was with Citizens International Bank, (now Spring Bank Plc) where was responsible for Corporate and Commercial Banking. During the period developed the Multinational, Manufacturing, and Trading Business segments of the bank’s business. In the year 1994 the Board of Directors appointed him a member of the Bank’s Credit Committee (BCC). In 1995 he also set up the bank’s Apapa Branch from the scratch and grew the branch from a zero-balance sheet to over N500 million in balance sheet size. The branch broke-even within five months of operations and became one of the most profitable branches in the banks in the year 1996.
Between August 1989 to March 1992, Emmanuel was with the Management Consulting Division of Arthur Andersen & Co. (now Accenture). While at Arthur Andersen & Co., he was involved in the Design, Development, and Implementation of an Account Receivable System for the Petroleum Products Marketing Company (PPMC), a subsidiary of the Nigerian National Petroleum Corporation (NNPC) under the Commercialisation and Reorganization Project between 1989 – 1990.
Some other projects he participated in, include the Strategic Planning, Organization Design, Credit Process Review and Profit Improvement Programs for several Commercial Banks. In addition, he was involved in the Design and Development of a Job Evaluation and Organization Design project for Nigerian-German Pharmaceutical Company Plc (then Nigeria Hoechst Plc). He conducted a market survey on the Nigerian Automobile industry for Automobile Peugeot, France and did a top-level Organization Design/Diagnostic Review for the West African Portland Cement Company Plc.
Emmanuel had a stint with Insight Communications Limited (an Advertising company) as a Client Service Executive from January to July 1989. He started his career as a School Teacher responsible for teaching Government, English Language, Literature in English, and Economics for various classes at the Baptist High School Eku, in Delta State from 1985 to 1988.
He holds a degree in Political Science & Public Administration from the University of Benin, Benin City, and an MBA from the same University. He has attended numerous courses/conferences in Nigeria and Overseas. He was the Best Graduating Student in his class at the University of Benin. He also won the Federal Government of Nigeria Merit Award for Academic Excellence. He is married with children. 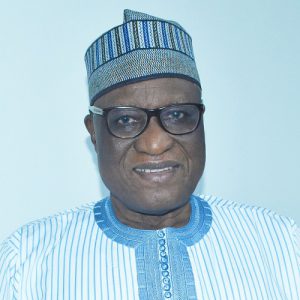 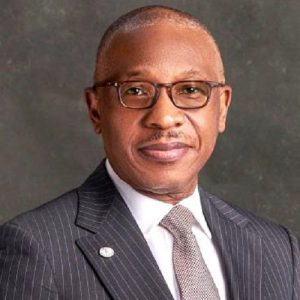 Alex Okoh, Director.
Alex is an alumnus of Harvard Business School. He is currently the Director General, Bureau of Public Enterprise (BPE), Nigeria. The BPE is an agency of the Federal Government of Nigeria responsible for the reform of state-owned enterprises in the country, privatization, commercialization, etc. He was, until his appointment in April 2017, a Managing Partner, Ashford & McGuire Consulting Limited, a leading consulting firm with a strong focus on Business Strategy and Transformation, and Human Capital Development Advisory Services.